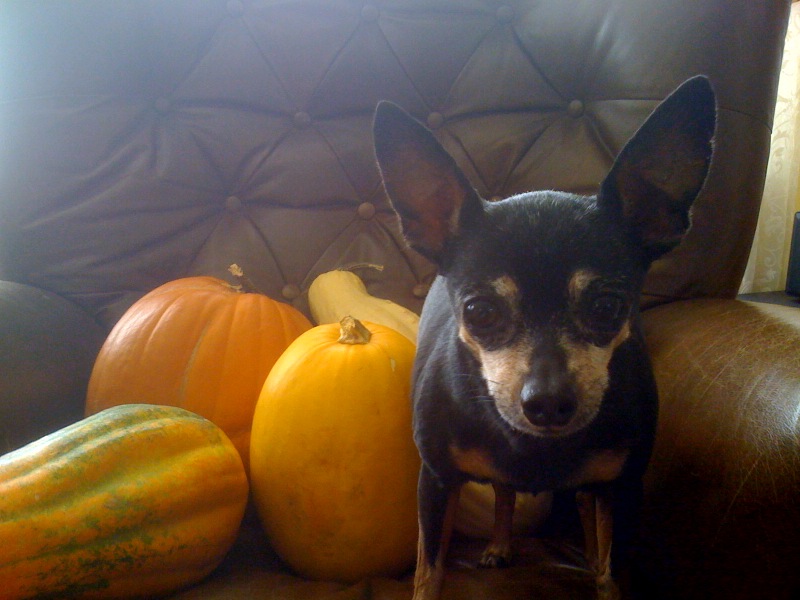 Dobie Gillis was the model pup. Even though he was a mere 6 pounds, he was still top dog at home. His favorite time of the day was meal or snack time. He knew that snack time was near whenever anyone wrestled with food packaging in the kitchen. His ears perked up, his eyed widened, he would shake and bark to get our attention, letting us know he wanted a bite.

Dobie loved to step in every doggy food dish. He felt that the oils moisturized his patty paws. He would defend his food to the last drop. He once competed on episode of Man verses Food: Puppy Style. His toughest adventure was chewing the over-baked salmon that had stuck to an aluminum pan. He never met a scooby snack he didn’t like. He would consume each as if it was the best food ever and he would fight anyone for a taste. If Dobie walked across a piece of paper, he left a paw print of grease, not mud.

Dobie loved the outdoors. Whether he was taking in some rays from the warm sun, enjoying a cool breeze or catching a bird, Dobie was relaxed. He enjoyed running around with his doggy pals. He liked to snuggle real close to them outside to show he’s top dog. The last time he went swimming unsupervised, we found out that he could still tread water better than dad. HAHA!

Everyday Dobie sat next to us as we watched TV or worked on the computer. He liked to dance. His favorite color was orange. Sometimes we would have to spell his name D-O-B-I-E so he wouldn’t know when we were talking about him. Dobie’s favorite movie was The Many Loves of Dobie Gillis because it mirrored the truth.

Dobie Gillis will be missed by our family and his puppy pals. We mention Dobie often in conversation since he was such a part of our daily lives for the past 15 years. He will continue to live in our hearts.