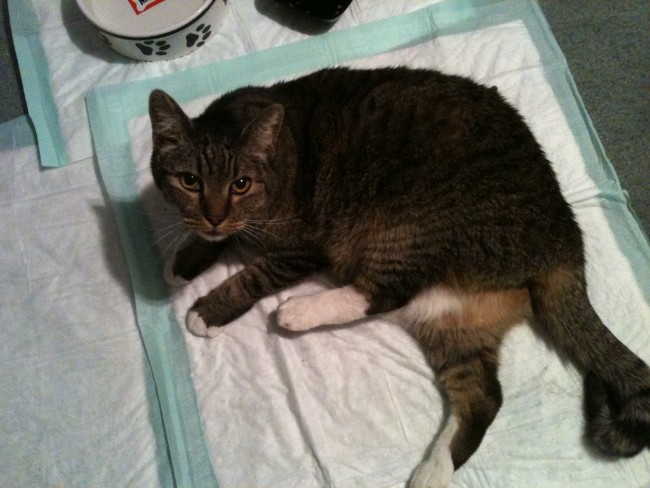 Sushi came to me from my daughter as a problem kitty that lived in a home with two other cats that would beat up on him. When he pottied on the couch one too many times my daughter called and asked if I would take him. That was a no brainer question, of course I would. He helped me through some very rough periods of my life. Sushi had some quirks, love me all morning but past noon, don’t come near me until bed time. He “might” let me hug him goodnight but he always slept in the room or in the window to get the fresh air. He wasn’t much for others and would hide under the bed, when a friend brought their little dog over he would tolerate it, if it came to near the poor little dog would be a face slap but at least they could be 5 feet from one another. It broke my heart when he started getting sick, and finally had breathing problems, couldn’t walk well and quit eating.

I love you Sushi and miss your meows.